Equestrian sports have been evolving for centuries, going back as far as ancient Egypt. These sports might look a bit different than they did a few thousand years ago, but events involving mounted riders have global popularity. Although many areas of the world have equestrian sports specific to their regions, here are a few of the most popular events. 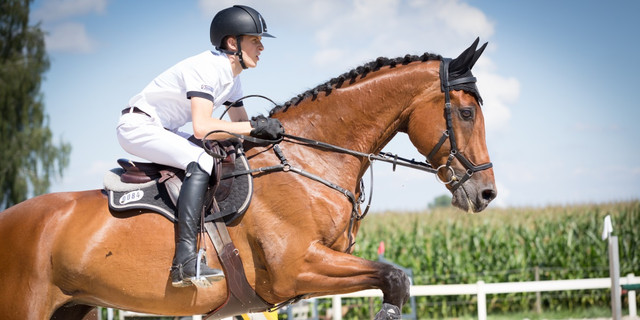 Showjumping involves a horse and rider navigating a series of obstacles that vary in height, spread, and number. These obstacles can consist of wall, water, or roll top horse jumps, to name a few, and the course is contained within an arena.

Dressage tests a horse on its ability to learn a pre-determined set of movements or routines and execute those movements with minimal guidance from its rider. This is considered one of the most complex disciplines in equestrianism.

Thoroughbred racing is likely what you picture when you think of horse racing. This type of competition requires horses to run at full speed around a track.

Also called National Hunt Racing in the United Kingdom, steeplechasing is a horse race involving obstacles, such as jumps or fences.

In Western-style riding competitions, barrel racing involves a rider and horse navigating a cloverleaf-style course of barrels. The goal is to avoid knocking the barrels over. This is typically a women’s sport.

Team roping is the only Western-style sport men and women can compete in together. Each mounted team enters the arena intending to rope a steer. One team member is tasked with lassoing the steer’s horns, while the other team member aims for the steer’s hind legs.

Polo is similar to hockey in that it involves two teams driving an object toward the other team’s goal using a type of stick. However, in polo, that stick is called a mallet, and the members of each team are mounted on horses.

Very few games that are popular today have as long a history as equestrian sports. Not only are these sports fun for spectators, but they’re fun for riders, too.